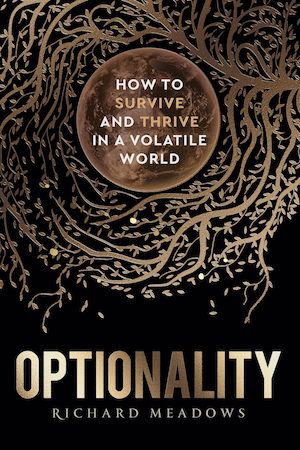 If you want a successful and fulfilling life, you shouldn’t optimize for happiness. Instead, Richard Meadows argues that you should focus on increasing optionality. We think happiness is a state we can arrive at. However, happiness is always relative, and we have both external and internal reference points that guide our happiness level. Because of the hedonic treadmill, you’ll need newer and stronger “happiness kicks” to get to the same level of happiness than before.

Optionality on the other hand accumulates. It’s a concept from Nassim Taleb’s Incerto series and means having the right but not the obligation to do something. Misery comes from lack of choice—from having to do something you don’t want to. Optionality means freedom and possibility. It also means being able to adapt to whatever gets thrown at you. This is crucial in such a volatile and unpredictable world as we live in today. With optionality, you will not only survive, you will thrive.

According to Meadows, there are three stages on the way to the good life. Stage one is to accumulate more options and create optionality in the four capitals of live: finance, health, social, and knowledge. Stage two is where you shift more from exploring options to exploiting the ones that work for you. After all, having options doesn’t mean a damn thing unless you exercise some of them. The last stage is paradoxically to give some of your optionality away. You have to choose your sacrifices that give your life meaning.

Before most people can even think about increasing their options, their first step is to remove the chains they’ve accumulated accidentally. Debt is the most obvious culprit, with some people having a negative net worth. At this point, your financial optionality is negative, and your priority should be to get back to 0. The same goes for illness or a toxic social circle. Remove what is dragging you down.

(…) all you have to do is consistently not-lose, and you’ll come out well ahead of the pack.

This is the boring insight that most don’t want to consider. But Meadows writes that protecting yourself from risk that could ruin you is much more important than increasing your optionality. Measures you can take here are emergency funds that keep you afloat in case of sudden financial pressures, health and other insurances depending on your circumstances, and not doing stupid shit (Meadows gives the example of driving a motorcycle).

Now you’ve capped your downside, and can start increasing your options. You should identify the behaviors that increase your optionality in the four capitals of life and build systems that make those behaviors automatic. Why systems? Because sheer willpower and grit won’t get you through years of learned patterns and ingrained instincts. Good systems put you on the right path without any need for willpower and self-control. Increase the friction of bad behavior and make good behavior effortless. For example, by throwing out the junk food in your house and exchanging the bag of chips with a bowl of macadamia nuts.

Systems are especially useful for all those smaller type decisions that don’t make or break things. Don’t spend your energy on what laundry detergent to get, choose one and stick to that. Switching won’t give you much extra utility, and fretting about it each round to the grocery shop will cost you energy that you could use better elsewhere.

Meadows’ central strategy for creating optionality in his life is the barbell strategy. This concept too is also from Taleb and describes a strategy where most efforts go into super secure risk-free options and a small part goes into high-risk options. Like a barbell, there is nothing in the middle. 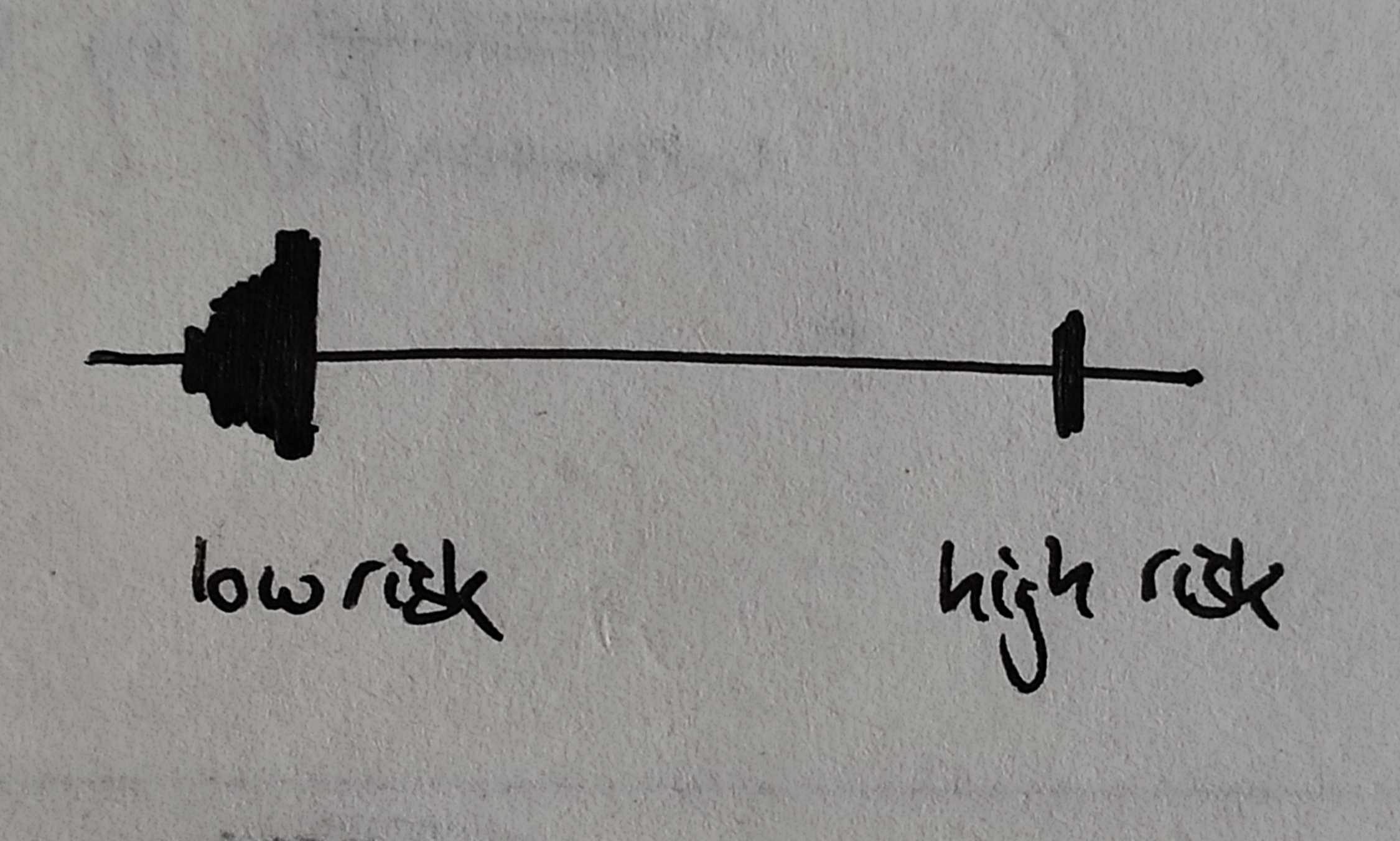 What the barbell strategy does is give you a strategy that is largely playing the safe bets and hence, protects you against the volatility of uncertain environments. The small high-risk portion, however, is potentially leading to big upsides if you’re lucky and gives you large increases in optionality. The crucial point here is to have none of the mid-risk options. In volatile environments those are toxic.

That much to the abstract concept. Meadows suggests behaviors for all the four capitals of life to simulate a barbell:

On the safe side, you have lots of low-level activity like walking. Eat many vegetables and low glycemic foods, while avoiding overly processed food. These behaviors are time tested over hundreds of years, and human biology doesn’t change much. On the other side of the barbell you’ve got high intensity strength training, fasting, sauna, and psychedelics.

On the financial side, Meadows doesn’t follow a classic barbell. Instead of investing the large part of his assets into treasury bonds and similar super stable stuff, he invests large parts in index funds. His reasoning is not clear and is mostly something like “I’m ok with that risk”. On the high-risk side, he recommends the following:

Here the message is simple, invest in a few good friends consistently and don’t be a social butterfly. Deep over shallow is the strategy here. On the other side of the barbell, you can set up a blog, as well as be active in your favorite online and offline communities that share your values. You can also reach out to your idols and hope that they’ll get back to you.

Meadows recommends building up fundamental skills such as basic physical capabilities, interpersonal skills, and self-care (knowing how to be your own psychiatrist kind of). Build your unique talent stack which, in combination, makes you unique. Also read countless books because they are the cheapest asymmetric options (meaning little downside, lots of upside).

Following a barbell strategy in these areas of life should get you to a solid point where you’re healthy, financially secure, have an inner circle, and some solid marketable skills.

Once you’ve identified strategies that increase your optionality, you might wonder if you should continue to search for better ones or start focusing on the ones you got. For example, should you keep trying out different diets or just stick to your favorite one so far? Should you keep seeking new friends or a new partner, or invest in the ones you have? It’s the classic exploration vs. exploitation question.

So, it depends a bit on which stage in life you’re at. The younger you are, the more you can keep trying out things. Explore social groups, sports, diets, and careers. In your late 20s or early 30s, you might want to switch to exploitation. At that point, you’ve probably found your tribe and know what works for your health. Since both in social and health concerns, volatility is usually low, you should double down on those things. If you’re in a stable domain (e.g., academics) you should specialize and go deep. But not all domains are stable, and in some careers you need to keep exploring.

Meadows doesn’t stop there. Once you’ve increased your optionality and exploited your favorite options, you should focus on increasing the optionality of others by sacrificing some of your own.

The first way to do this is to donate your time or money to charity. Help the causes that help others overcome their constraints and increase their options. Meadows mentions the movement of effective altruism, where you choose your charity, so you get the biggest bang for the buck. He cites a source that claims you can save a life for $5’000 by donating to malaria causes. It seems like a pretty good deal.

Another way is to choose to play win-win status games. As Meadows writes,

The first step is to acknowledge that we all crave status on some level, and plan accordingly. Next, we have to look for positive-sum games that lead to good outcomes, or at the very least, don’t make us worse off.

You can’t avoid playing status games, but you can decide which games to play. He recommends playing games such as entrepreneurship or virtue signaling. With those games, the competition over status leads to positive outcomes that help others and is a much better alternative than competing on who has the biggest house or who gets their hands first on the Chanel bag from the new collection.

The book is a practical application of some of the core concepts that Nassim Taleb laid out in his Incerto series. It’s the book I wanted to write. I was just starting to fill in an outline when I stumbled over Meadows’ book. He did a much better job than I would have.

Meadows does a good job at laying out actionable advice for the four main life areas, which you can start implementing immediately. On the way, you’ll learn something about Greek mythology and various up to date findings from psychology (no worries, he considers the replication crisis). While you’re learning, you can also enjoy Meadows’ fun and digestible writing style. The book feels like you’re talking with a friend who throws in a joke or hilarious analogy once in a while.

With all the talk about protecting your downside, making safe bets, and increasing your optionality, I think the most important principle of the book is that options are there to be taken or to be given away. As Nassim Taleb said: